Ocean Voyages Institute says it made history this week, returning to the port of Honolulu Tuesday, after successfully removing 103 tons (93440 kg) of fishing nets and consumer plastics from the Great Pacific Garbage Patch. 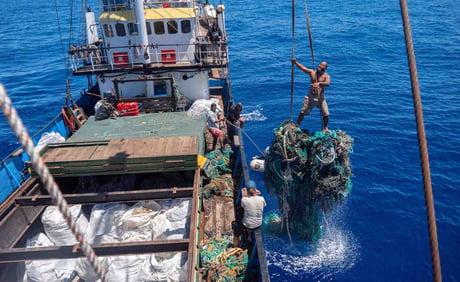 It more than doubled its own record-setting results from a 25-day stint last year during this 48-day expedition. And, Mary Crowley, the group’s founder and executive director, says they are headed back to sea in two days to collect more debris. 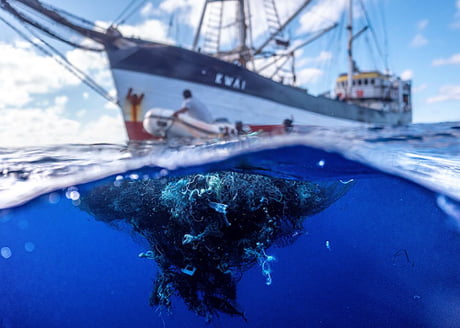 Crowley said:
> I am so proud of our hard working crew. We exceeded our goal of capturing more than 100 tons (90718.5 kg) of toxic consumer plastics and derelict ‘ghost’ nets—and in these challenging times, we are continuing to help restore the health of our ocean, which influences our own health and the health of the planet.
Known as the ‘Ghost Net Buster,’ Mary Crowley is renowned for developing effective methods to remove significant amounts of plastics out of the ocean, including 48 tons (43544.9 kg) of plastics during two ocean clean-up voyages in 2019, including one that scooped up nets that had trapped garbage around the Hawaiian islands. 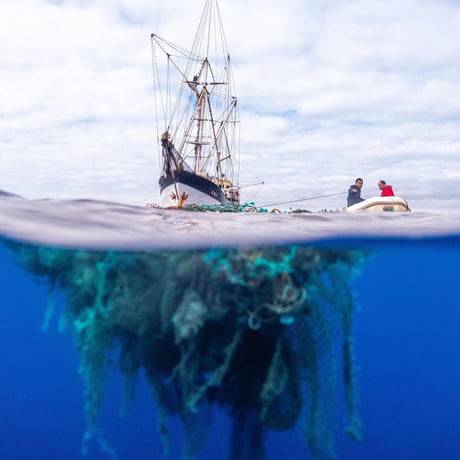 Dr. Nikolai Maximenko of FloatEco told [GNN](https://www.goodnewsnetwork.org/hawaii-group-sets-record-for-largest-haul-of-plastic-removed-from-the-great-pacific-garbage-patch/) during a video press briefing:
> Even though beach cleanups are the most efficient way to collect trash, ocean cleanup—intercepting it before it comes to the shore—is very important. Nothing can replace the effort in the ocean.
Aboard their cargo ship, the team has been using GPS satellite trackers since 2018, designed with the help of engineer Andy Sybrandy, of Pacific Gyre, Inc. Crowley’s theory proved successful that one tracker can lead to many nets. The ocean frequently ‘sorts’ the floating debris so that a tagged fishing net can lead to other nets and a density of debris within a 15-mile radius. 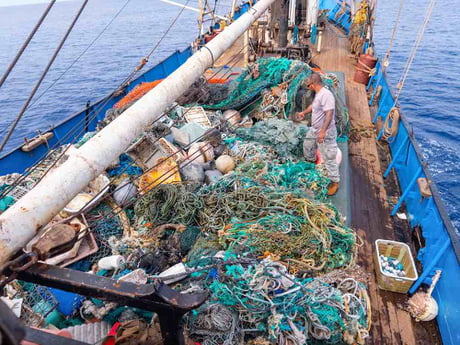 Crowley said in a media release:
> We are utilizing proven nautical equipment to effectively clean-up the oceans while innovating with new technologies. Ocean Voyages Institute has been a leader in researching and accomplishing ocean clean-up for over a decade, granted with less fanfare and attention than others, but with passion and commitment and making meaningful impacts. 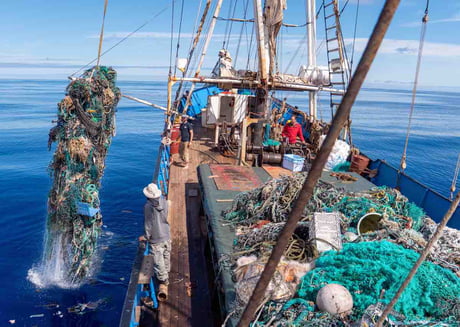 Ocean Voyages Institute unloaded the record-breaking haul of ocean plastic debris this week while docked alongside Pier 29, thanks to the support of Honolulu-based Matson, in preparation for upcycling and proper disposal. The team is committed to 0% ending up in any landfill and is sending the sorted debris to recycling companies to be turned into insulation, energy, etc.
Matt Cox, chairman and CEO said:
> In keeping with our commitment to environmental stewardship, Matson has been searching for a way to get involved in cleaning up the Pacific. We’ve been impressed with the groundbreaking efforts of Ocean Voyages Institute and the progress they’ve made with such a small organization, and we hope our support will help them continue this important work. 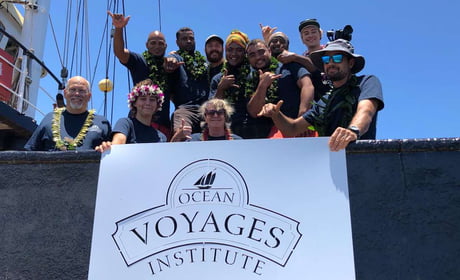 The sailing cargo vessel, S/V KWAI, left the Hawaiian port of Hilo on May 4, after a three week self-imposed quarantine period to ensure the health of crew members, in the face of the COVID-19 pandemic.
The GPS satellite tracking beacons are being placed on fishing nets by volunteer yachts and ships. Ocean Voyages Institute is launching a second voyage that will depart in two days to continue clean-up of the area, but its length (between 25-30 days) will be determined by donations and fundraising. 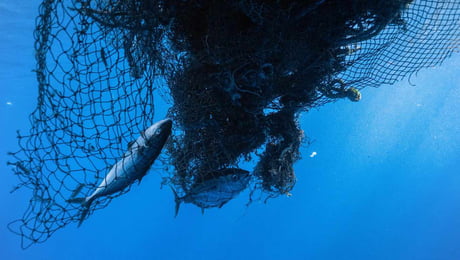 Over the long term, they are aiming to expand to other parts of the world desperately needing clean-up help, so that abandoned fishing nets will never again entangle or harm a whale, dolphin, turtle or reef. 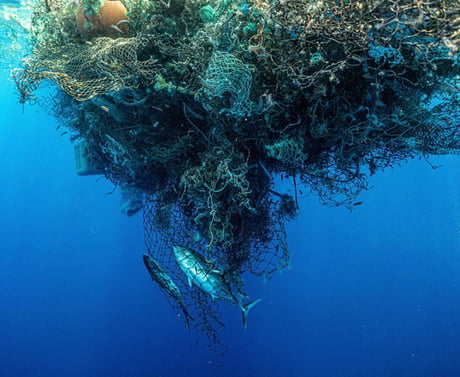 If you’re interested in donating, you can head to their [website](https://www.oceanvoyagesinstitute.org/donate/).